MEN...find out more about how your SCENT affects women.....Click here for more!

Next time you are in a situation where you see a woman you want to catch her attention, here is what you can try…stare seriously at her eyes, not at her legs or anywhere else. It doesn't matter if she is looking at you or not. It's a common thing for people to be conscious of the people looking at them. If she feels your eyes on her, she will eventually acknowledge that she knows you are looking by giving her own look. When this happens, simply smile back at her. Don't wink or lick your lips, please! The few seconds you lock her in an eye contact may be all the chance you're going to get to make an impression, so don't blow it!  When she stares back that gives you the opportunity for a smile and hopefully she will approach you. It's even better if she gives you a shy smile, which simply means she's open to the thought of meeting you. Next thing you know, she might come up and say "hi". It will help if you appear to be open to conversation.  Be aware of your body language, where your legs and arms are.  Don’t have your arms crossed or your body stance in a form where it shows tension.  Relax and let her have the opportunity to approach you.  If she hesitates then it will be up to you to make the move…what have you to lose?  Remember it starts with eye contact and projecting the signs of friendly openness.  Good luck!
-Counselor Evelynn

One simple approach for men is to just reverse the whole situation. Charm your way to her and let her make the first move in the flirt dance. If there is one traditional and reliable method to do that will be the magic of eye contact. Making eye contact, as simple as it is, can be a little tricky. The eyes can communicate a thousand words in those precious seconds you met her eyes. Make sure you have the right look in your eyes. How do you know when you've achieved the correct look? What's in your mind is basically what would be projected in your eyes. So if you were thinking to go get a girl and get her to bed, that tinge of lust would be caught in your eye. W omen usually seek eye contact to catch a glimpse of the essence of the male.  What is he thinking rather than projecting what she is thinking.  Men need to be aware of that and be in control of their thoughts when attempting eye contact.

Now, what happens if you use this knowledge to make it easier for a woman to approach you? Here are some ideas for men to encourage women to flirt with them...

We as a society have started to become more and more comfortable with women taking the aggressive first move.  Women have broken out of stereotypes, climbed the corporate ladder, are making gains in the male dominated area of politics, so why shouldn’t they go ahead and make the first move when meeting men? If more men were conscious of what invites women to make the first move, then maybe a more equal give and take will take hold in the dance of flirting.
Most men get nervous when approaching women. Not knowing which pick up lines to use, hands all sweaty with nervousness, and often a loss of what the first words should be. Almost everyone has apprehension when approaching someone for a date; women are no exception. However, their approach is different than most men.  Women are more cerebral and approach men with less of a sexual overtone.  It's always scary to take that first step. We are all riddled with fears of rejection in varying amounts. If only we could predict whether or not a person would turn us down, then we wouldn't bother to approach her, exposing ourselves and wasting money on a drink. This is where a male can employ “reverse” flirting. 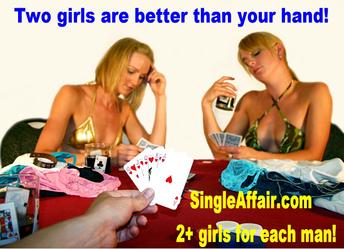 Why does a man take it for granted that a girl who flirts with him wants him to kiss her - when, nine times out of ten, she only wants him to want to kiss her?  ~Helen Rowland

getting her to make the first move

Try finding someone roughly as attractive as you. That way, there’s a better chance you’ll have initial success. A few things to keep in mind, though: women tend to underestimate their looks, while men tend to overestimate their looks, because there are “less rigid” rules for men’s attractiveness.  We all have made observations of “odd” couples where we wonder what the attraction is between a couple.   Are good looks all there is to flirting? No, rather both men and women must be aware that beyond looks, confidence and charm can outweigh any perceived physical disadvantages.

The first thing to remember in flirting is that it is not about you. It’s showing the other person you’re attracted to them. Think about it from your own experience. When you were told a particular person liked you, didn’t your impression of that person grow as well? Flirting is all about language. But here’s the catch: your spoken language isn’t nearly as important as your body language. Studies have shown that people’s “initial impression of you is based 55% on your appearance and body-language, 35% on your style of speaking and only 10% on what you actually say.”

A simple guide to impressing your  "potential"