* Begin with the eyes…bat those eyelashes
Everybody enjoys looking at something they find appealing and you don't want him to think you don't have an interest in him do you? Best beginning is to glace over to him often until you have gotten a contact of about 2 seconds. This will establish the setting. If you're insecure about this you'll perhaps find it difficult to hold his gaze for a moment longer than you should but you really MUST look at him to begin the flirting process. Looking at away will just say "that crack in the pavement's more interesting to look at than you" and that's hardly what you want, is it? If, on the other hand, you're super confidant, don't go making the reverse mistake and spend the evening staring at him. Men may love to boast to their mates that "she couldn't take her eyes off me" but in reality, being stared at makes a person feel awkward and embarrassed. The best is a balance of looking into his eyes and then looking down to break the tension.  This shows an interest without making either of you uncomfortable. Looking down at the table or your hands also makes it seem you are shy and men love to think they are bringing that out in you.

* Break out that smile and light up the room
Picture the scene. You're enjoying a coffee at your favorite café and a reasonably nice looking guy walks past, glances in your direction but looks as miserable as sin. Five minutes later another reasonably nice looking guy walks past. This one looks across as you and smiles. Which of them would you most likely want to get to know better? My bet's that you'd go with the second guy, simply because he smiled. That is the second key to begin the flirting game. A smile immediately gives your entire appearance more warmth so you'll seem more open and inviting to others. When he talks, smile in appropriate places and be conscious of your smile as you talk. Don't sit there with a false grin or he'll think you've forgotten to take your medication. A smile shows interest and best of all, it's contagious. If you combine this with appropriate eye contact it will begin to solidify your hold over him and you can progress to the next step.

* A gentle, subtle and well timed touch
This is the most difficult step especially if you're shy. Think back to elementary school and that cute boy who fancied you. Remember how he used to push you in the halls or pull your hair in the playground? It's hardly strange we find it difficult to understand the opposite sex when that's how they behave when they fancy us but it was all about having the opportunity to touch us. Now that we're older (and hopefully more mature) we have to find other ways of touching one another without appearing to be too intimate. Everything depends on timing and a subtle approach. Dancing's always a good solution, as is touching his arm or knee when laughing together. Losing your balance slightly whilst walking together so that you have to reach out and balance yourself against him is another good ploy, as is asking him to help you on with your coat or holding your purse.  It is best when your touch is done so subtly that he does not consciously know it.  Even without any acknowledgement on his part, you will be making a impression subconsciously.  Even touching yourself by adjusting your hair or stroking your arm will have a positive effect on a interested male.

* Be sexy, feel sexy
Dress not only to be comfortable with yourself but to have a feeling of sexiness. Now remember that sexy isn't about showing it all. In fact, it isn't necessarily about showing anything! The way the fabric feels against your skin, heels and wearing your clothes well can all make a woman feel sexy without looking cheap or easy. The really good news though, is when a woman feels sexy she'll automatically appear sexy to the opposite sex. Men are really not that complicated and respond best to visual clues rather than verbal ones.

A simple guide to impressing your  "potential"

* Be interested and you will be interesting
I know it sounds pretty obvious, but sometimes it's easy to think we're showing interest even though the signals are actually saying something else. Showing interest is a mix of all what's gone before; not looking at the floor instead of at him, touching him when you have the chance, looking him in the eye and smiling, but above all, it's about listening to what he's saying and asking relevant questions. If you were interested in buying a car, I'm sure you'd listen keenly to what the owner or salesman (or saleswoman of course) had to say and ask plenty of questions, wouldn't you? Do the same when you're interested in a man! After all, how important a car compared with a loving, supportive life partner?

* Show sincere appreciation
Whether you've had lunch, shared a drink or three, taken a walk around the park or spent an evening together, thank him for it and tell him how much you've enjoyed it. Whatever you do, don't leave the date without letting him know that you're available for another. By saying nothing you're likely to leave him believing that you don't want to see him again. At the very least, you'd leave him feeling confused and if his self-confidence isn’t very strong, he's hardly likely to call again. Saying something like "give me a call if you would like doing it again" will open the way for him to make further contact. Playing hard to get rarely works. Now remember, guys have strange ideas about calling.  Some will call the same night or next day and some might take a few days.  It is a feature of the male species that no matter how interested they are in you, they often will be reluctant to show that too much

Now it's up to you to get out there and start practicing your flirting skills. It may seem like a scary idea right now but believe me, it won't be long before flirting becomes second nature and you'll be wondering what the fuss was all about. Besides, if you find your compatible mate with your flirting skills, then you can move on to more intimate things. 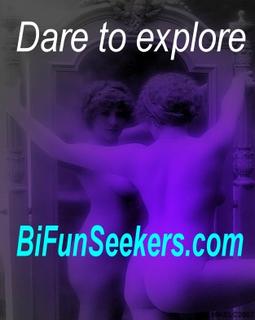 Flirting is our way of letting the opposite sex know that we're “on the prowl”. How  available we are determines how we flirt and how serious we are about making taking things to the next level.  Here we will discuss tips on how women can flirt with positive results. This is not a discussion about women being equals (which in fact we are superior…) or being submissive to a male, but rather a primer on tactics that will attract of interest to us.  Everything that comes after we have gotten his interest is up to you and your style.

Are you confident or timid about attracting a male of interest? If you're on the shy side, perhaps lacking in self-confidence from being rejected before or after being away from the singles scene for a long time, flirting can be quite a daunting task. It isn't difficult once you have even just a little success. It's like everything else; practice makes perfect so if you want to be a successful flirt on the serious dating scene, you need to start sticking your toes back in the water before you dive in after the big fish. If you falter at first the most you'll lose is the time you spent flirting but you'll have learned a lot. When you start to feel confident, that is the time to approach on the guy of your dreams and show him what you're made of. If you are confident, then maybe this article will give you some tips to sharpen your skills and help you focus in on what you do that is successful.